ANON Blockchain Summit was held in the Gösserhalle Vienna, a large old factory area with a flavour of art and freedom. It was an excellent location for such an event.

The conference was divided into several sectors.

A large main exhibition room where a lot of different companies including us presented themselves. Our booth was located in the center of the room – unmissable after entry. 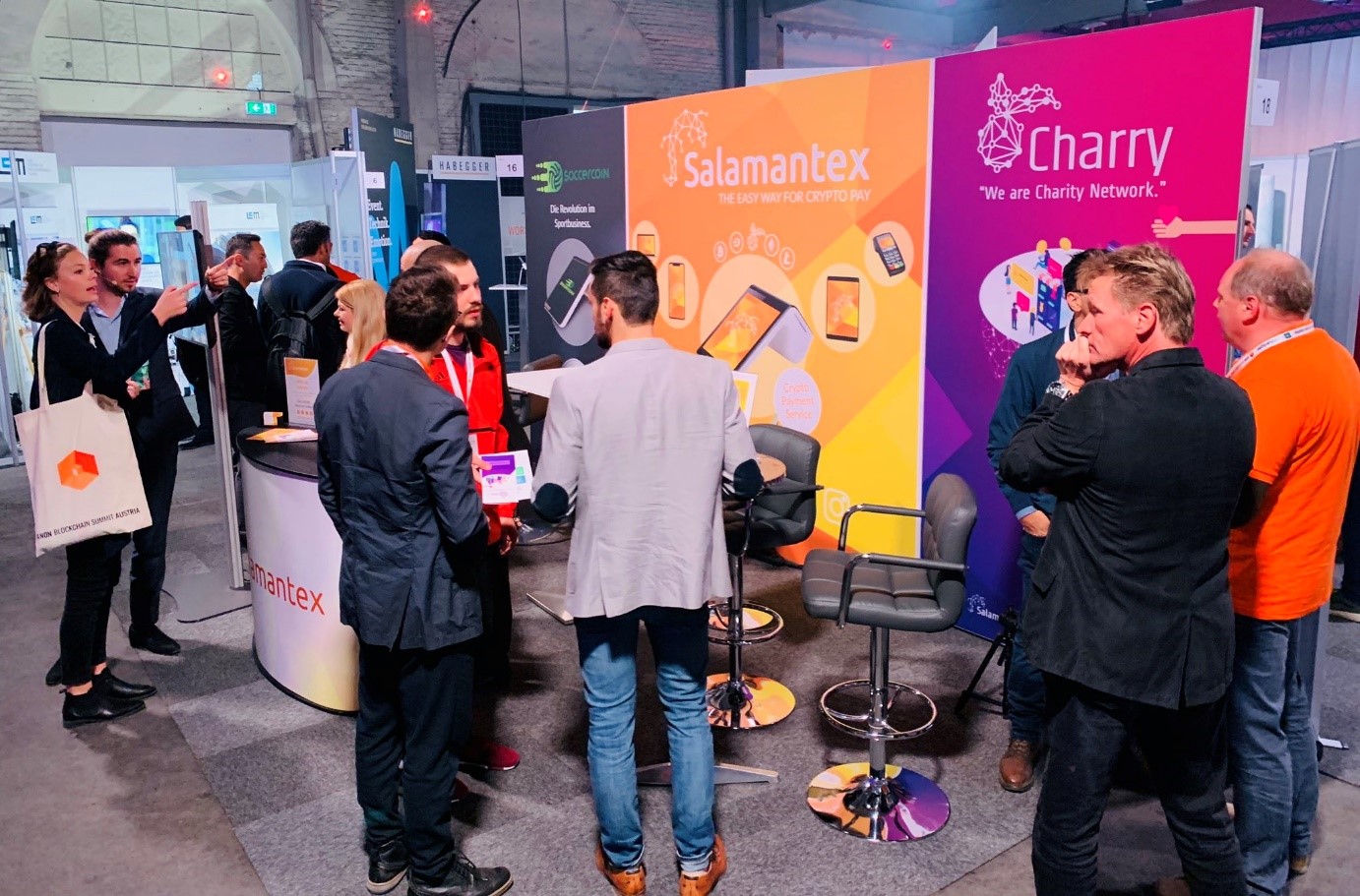 The next room contained the start up area.

The main topics were, mostly in their relation to blockchain: 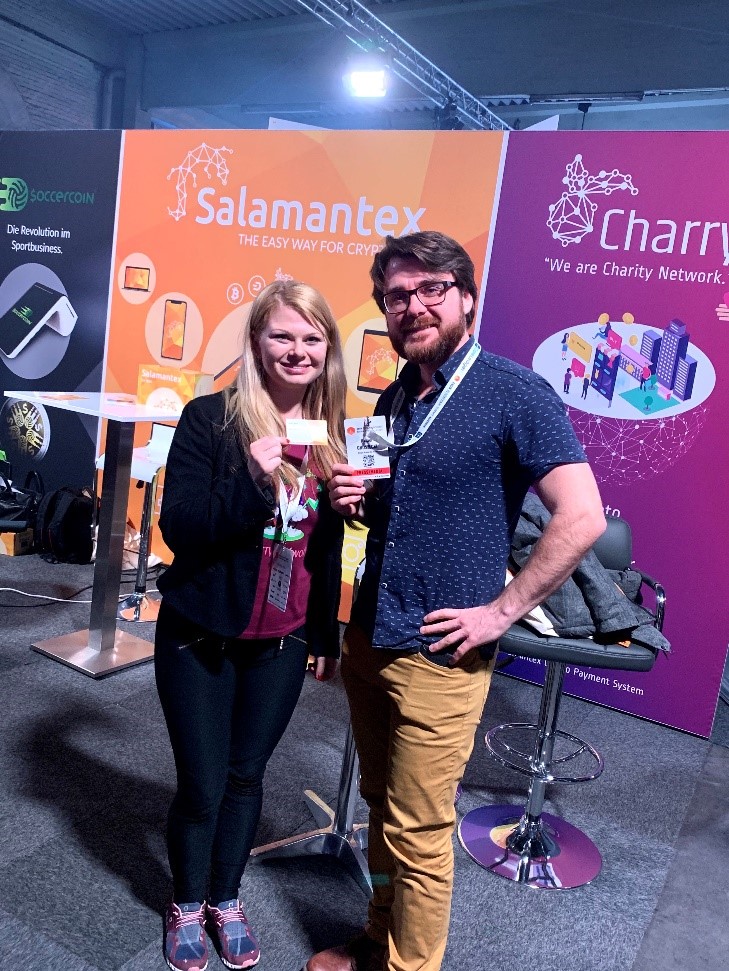 Have a look at the official after movie:

After the first day of the conference we hosted our own networking event – where we invited existing partners, investors, friends and supporters as well as media partners. 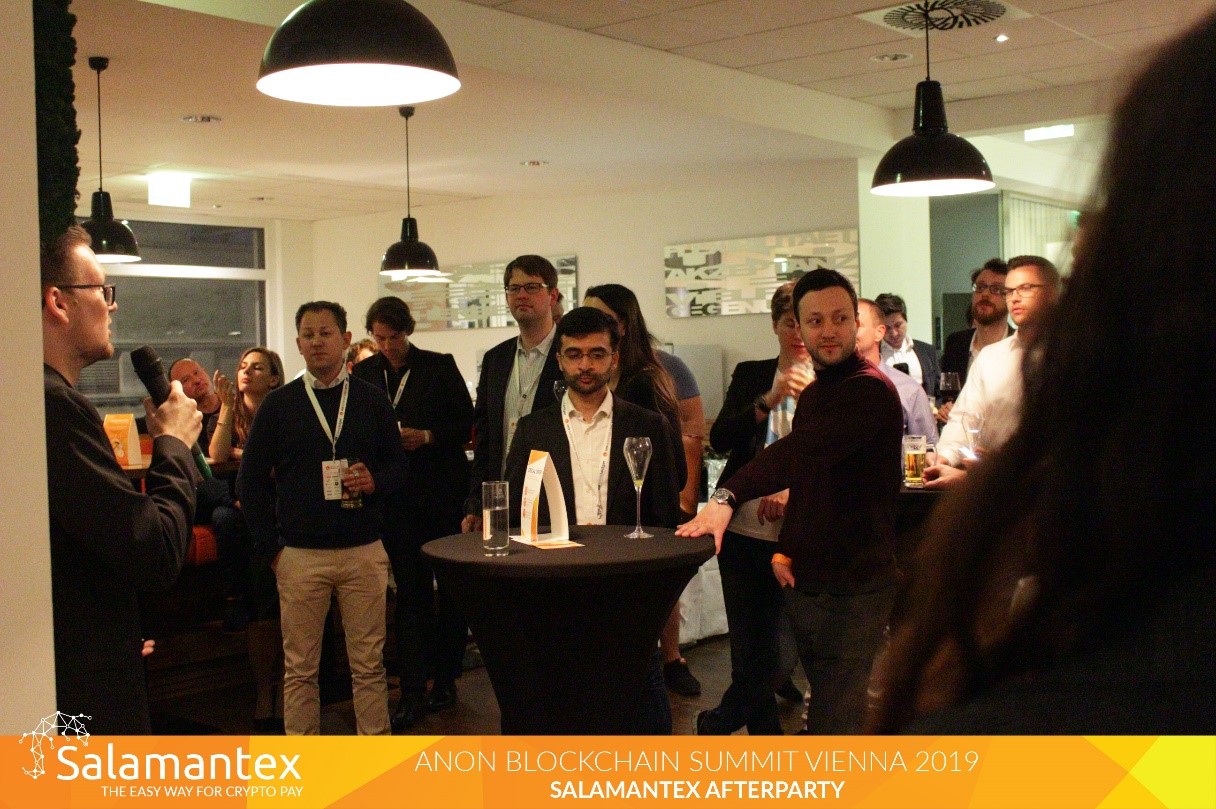 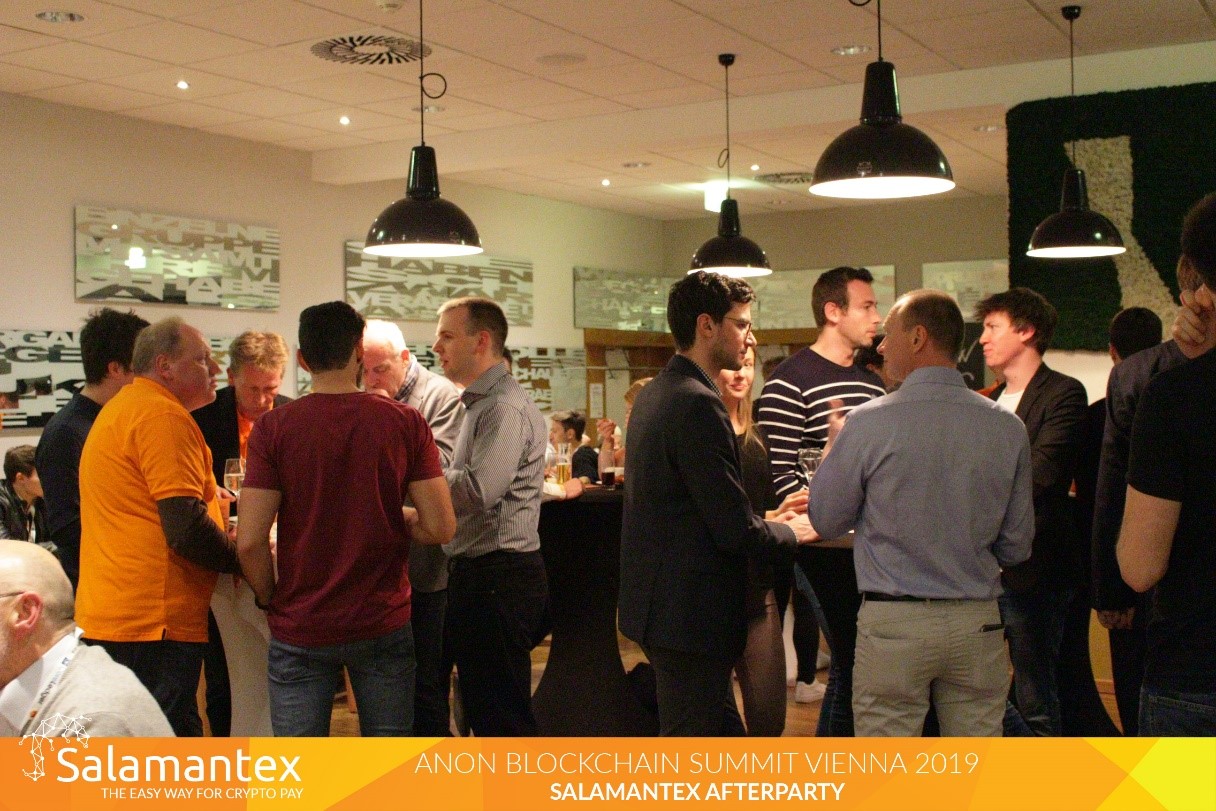 With over 140 guests of which several used the chance to experience paying with cryptocurrencies through our Crypto Payment Service, we celebrated this as a big success.

There further was a big announcement – the integration of the cash register system obono into our Salamantex Terminal SX1801.
To learn more about our collaboration with fiskaly, continue reading here. 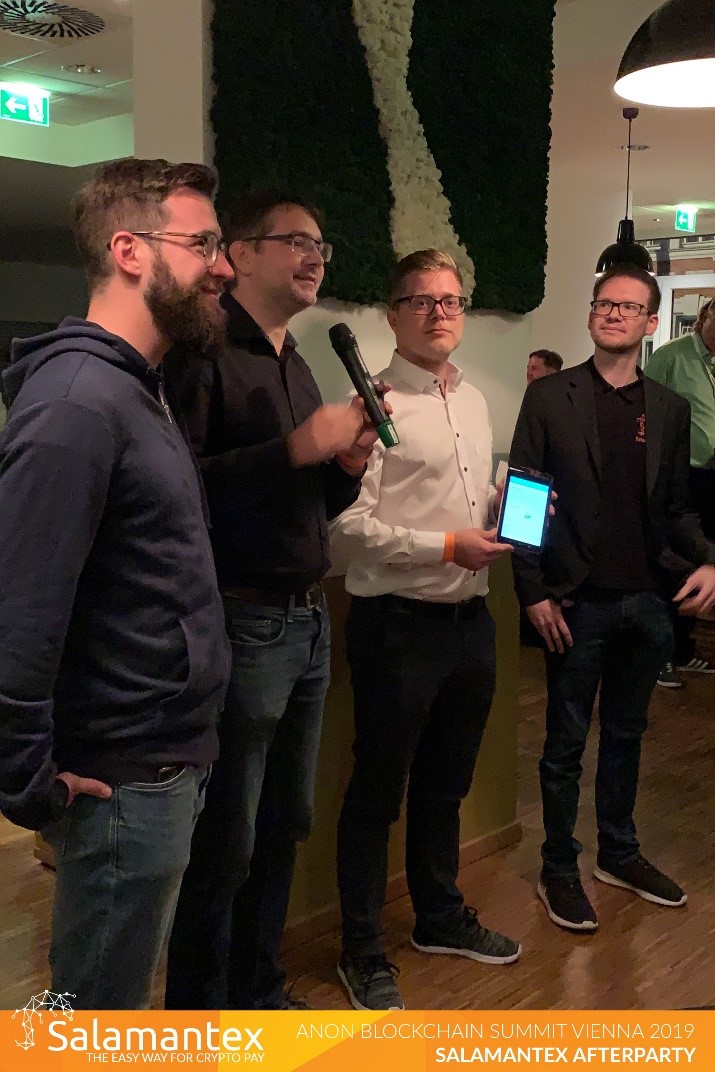 We are looking forward to be part of the next ANON conference as well!