The spring edition of the Malta AI & Blockchain Summit once again hit record numbers – over 5,500 delegates attended this exceptional event!

The conference, which took place in the Hilton Hotel in St. Julians - Malta attracted visitors from around the world and representatives of countless well-known blockchain companies. 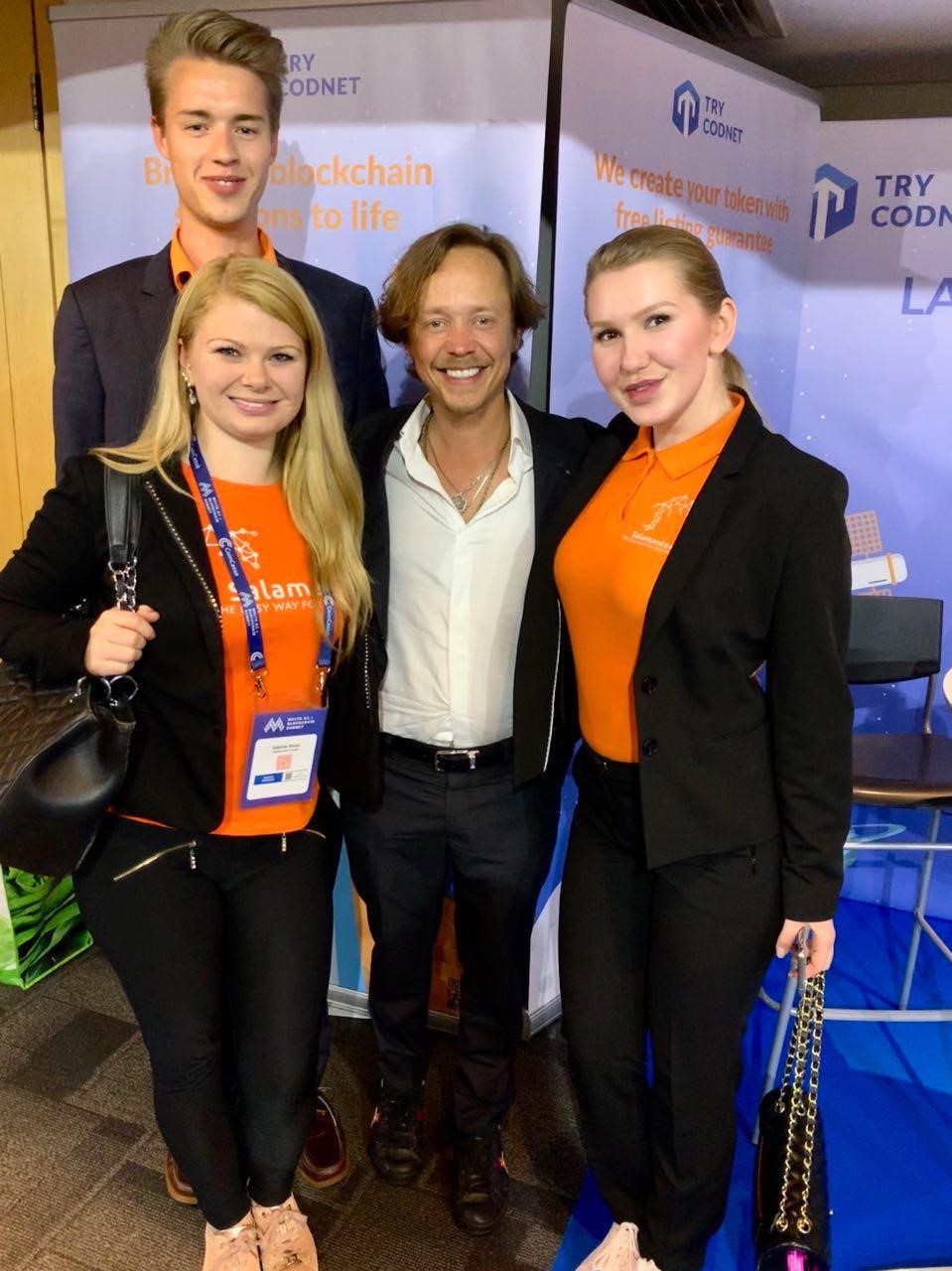 Highlights included the speeches of Ben Goertzel on the changing job market, Larry Sanger on the importance of owning your data, Bobby Lee on the power of the Bitcoin and Roger Ver on economic freedom. 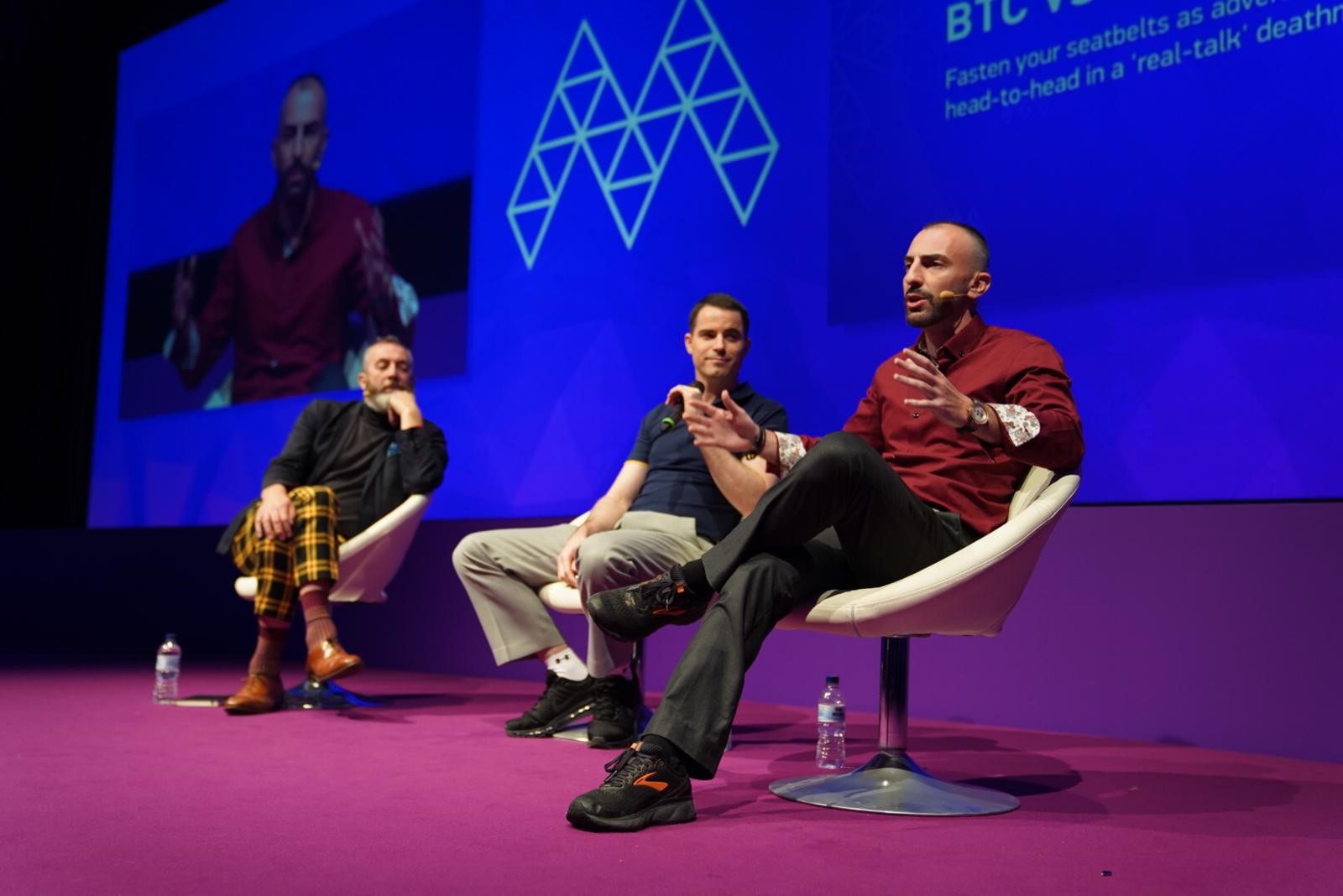 Foto credits: © AIBC Summit Malta
The conference was devided by three floors. First floor was used for registration and exhibition, second floor consisted of the main stage and the third floor contained a VIP Room combined with some startup booths. 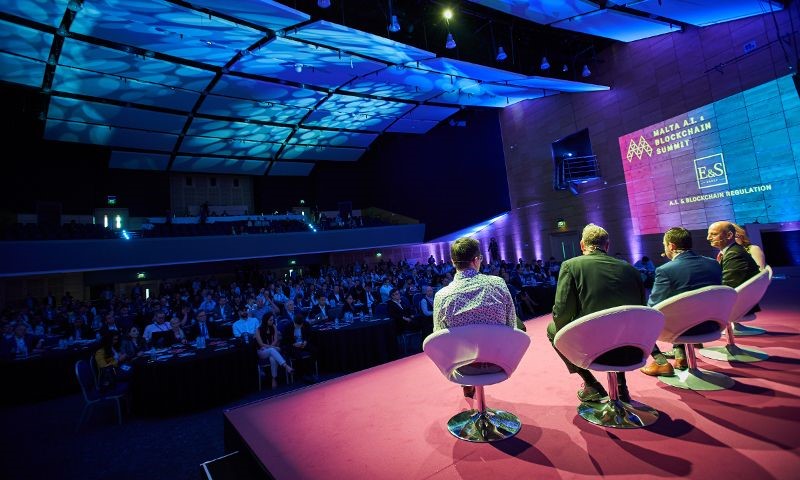 Foto credits: © AIBC Summit Malta
The size of the venue and summit increased compared to the previous one in November 2018.

The Award Dinner decoration was phenomenal and the moderation as well as the auction were very entertaining. The fact that all proceeds generated went to charity made the evening even better. 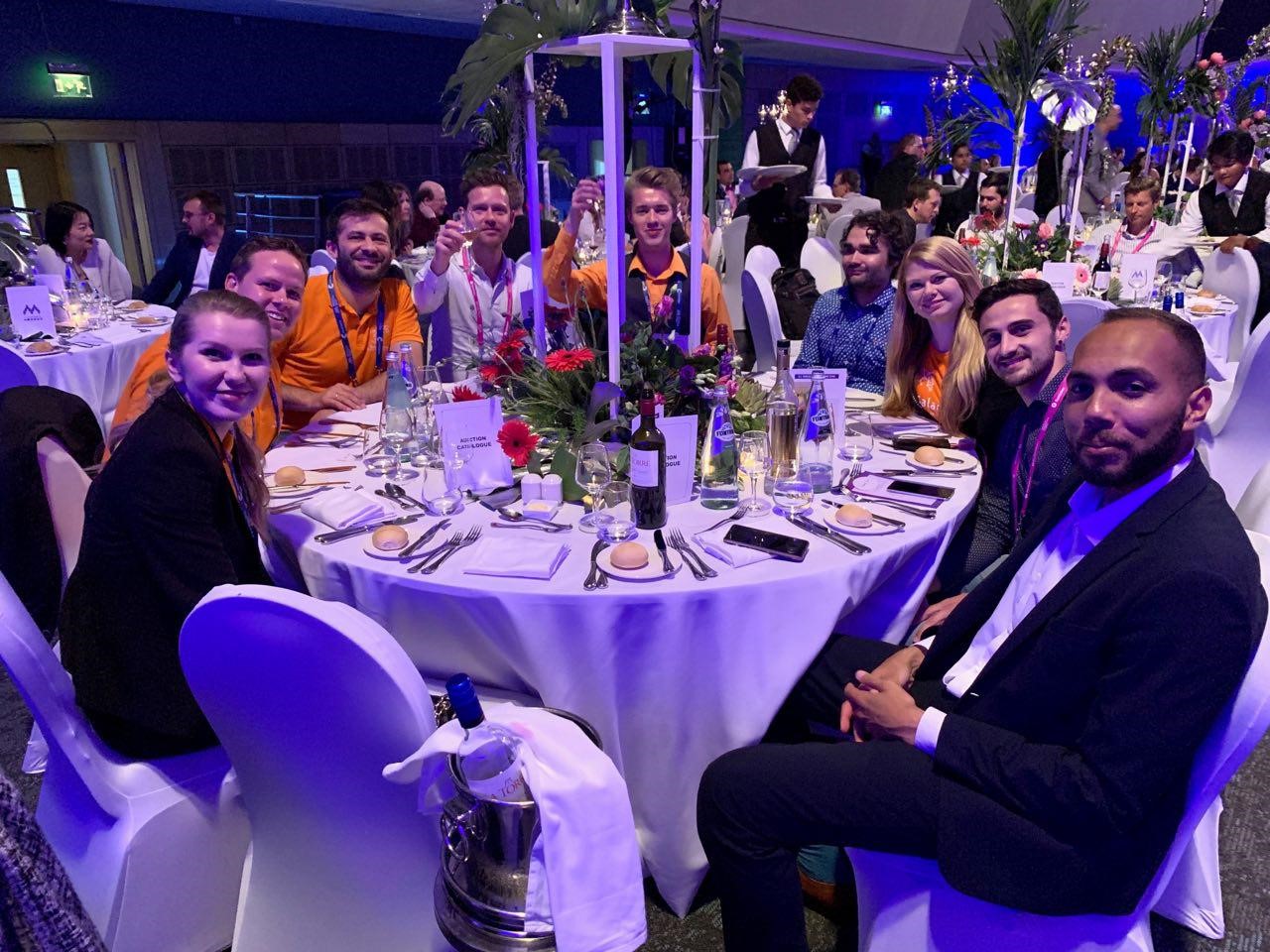 We were thrilled about the attention we received from visitors around the world. 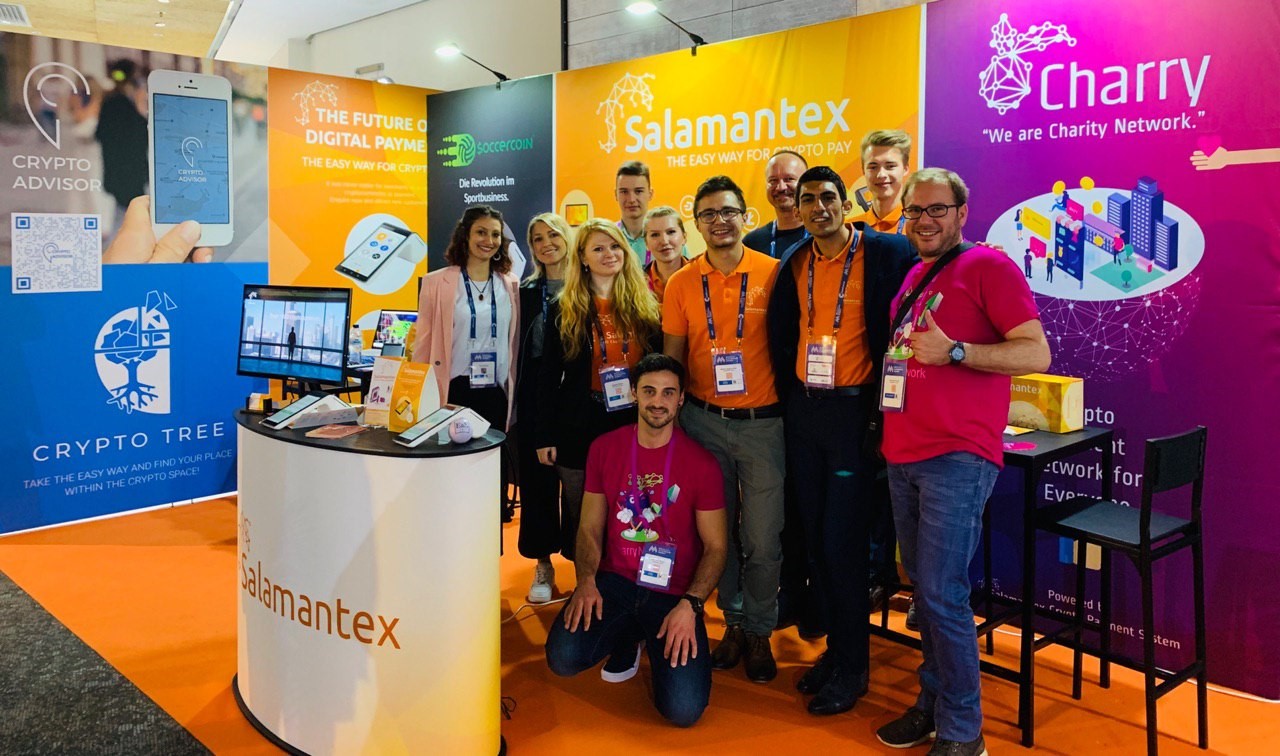 We met new people from many different industries, such as Banking, Exchanges, Payment Providers, Gaming, Marketing, Development Companies, Investors, Venture Capital and Service Providers of all kinds, as well as already familiar faces and existing partners. 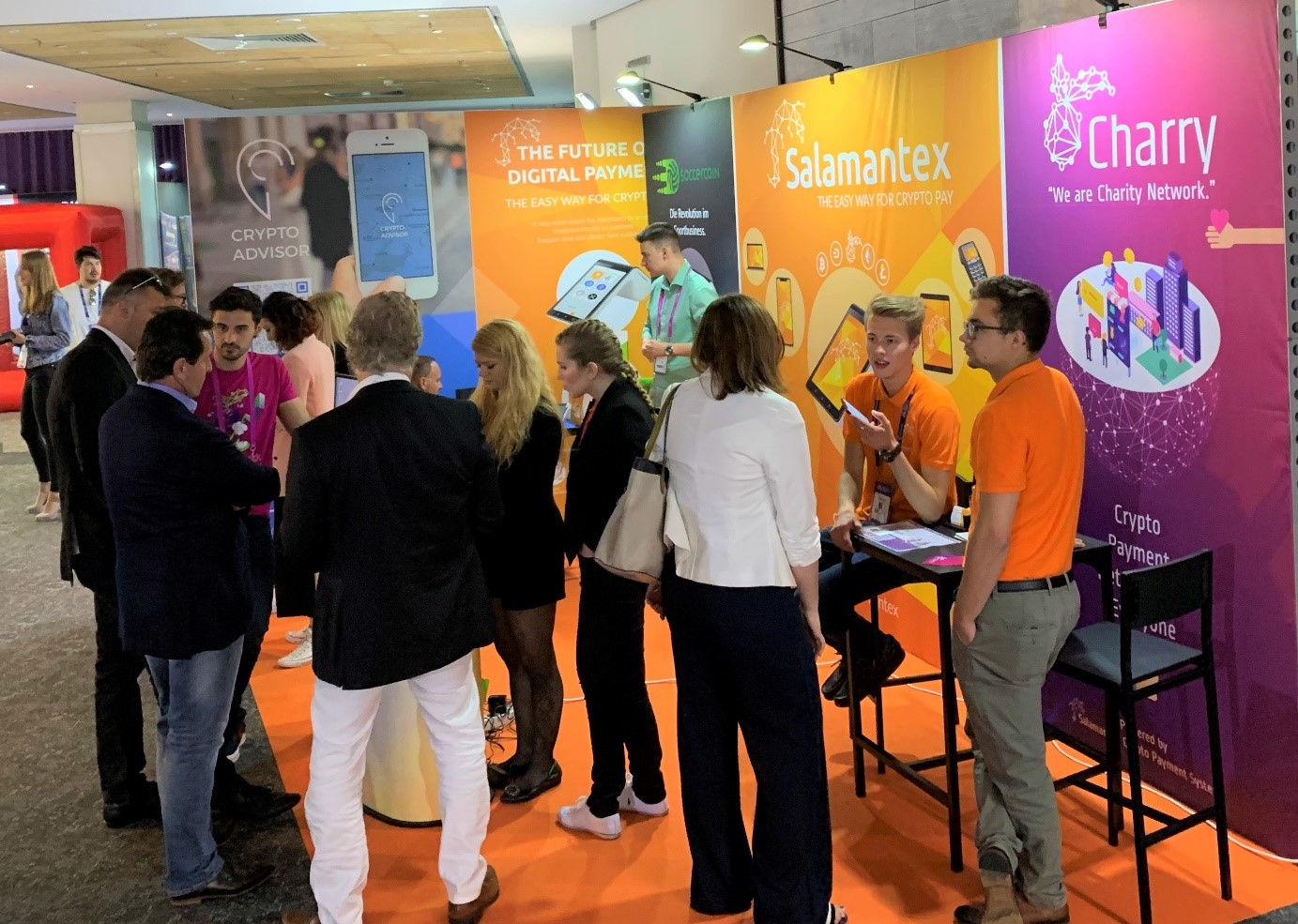 On the first evening we held our own networking event at the Network Lounge & Bar in cooperation with the Charry Network and My Blockchain Island Club.
There we moderated a panel discussion on crypto massadoption – watch the livestreamed panel here.

We are very excited to be part of the next show as well.